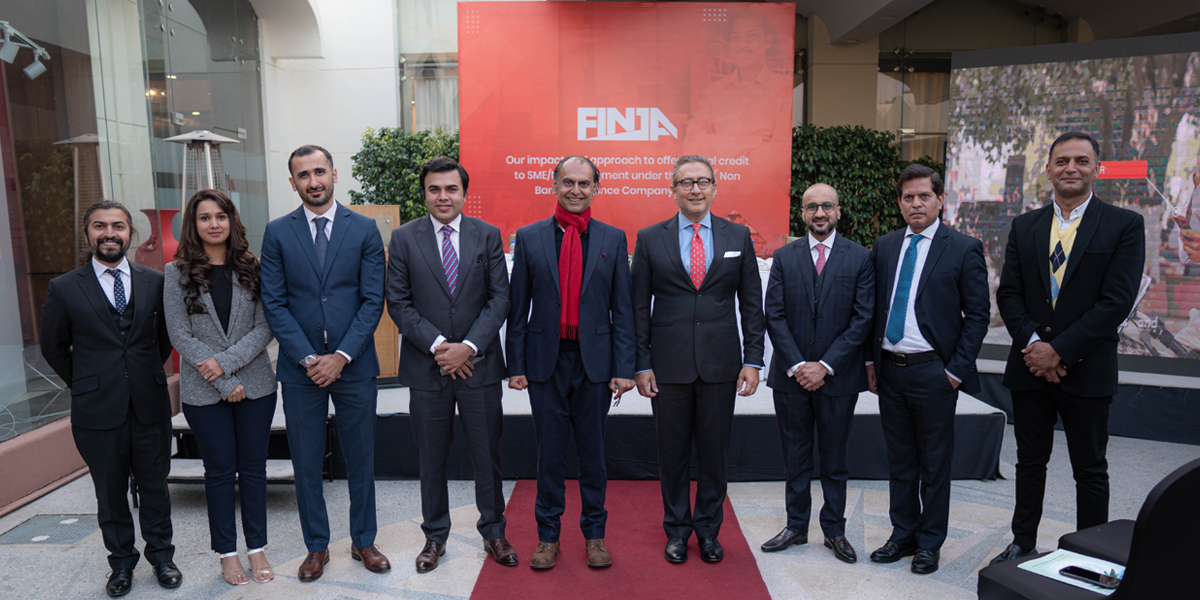 On Wednesday 23rd December, FINJA the new-age fintech hosted an exclusive event at Marriott Hotel Islamabad, to discuss its impact and approach in digitizing credit for the SME / MSME segment under the NBFC regime. The Chairman Securities and Exchange Commission of Pakistan (SECP), Mr. Aamir Khan graced the occasion as the Chief Guest.

2020 has been a defining year in FINJA's history and SECP has played a pivotal role in this regard. Under the Non-Banking Finance Company (NBFC) regime, FINJA has been able to introduce a new entity "Finja Lending Services Ltd." (FLSL) with a focus to provide digital credit to Micro, Small and Medium Enterprises (MSMEs) along with short-term business loans for SMEs and Start-ups and the people that they employ.

Small businesses are rightfully considered the backbone of the economy but have remained substantially underserved. However, with the outbreak of the pandemic, as hyper-local gained predominance, it became imperative to inject credit to help them optimize their sales cycle and achieve business growth. So far, FLSL has digitally processed loans with a throughput of USD 10 Million to small businesses and their employees along with MSMEs (Karyana Stores), using its proprietary machine learning and artificial intelligence-led algorithms and analytics. These loans are disbursed and collected digitally, eliminating cash-heavy, time and cost intensive processes. Moreover, through its partnership with multiple FMCGs and their distributors, such as Unilever, Philip Morris International, Reckitt Benckiser, Punjab Beverages, Sigma Distributors and Burque Corporation, FINJA has crafted relationships with thousands of merchants in multiple cities offering digital credit to them.

Speaking at the occasion Mr. Aamir Khan (Chairman, SECP) said that the SECP has placed significant focus on serving MSMEs as they play a vital role in the economic development of any country. To improve access to finance for the MSMEs, Agri borrowers and rural enterprises, SECP has already operationalized the Secured Transaction Registry (STR), which went live on 30th April 2020. So far, more than 125,000 security interests have been recorded in the registry. This has allowed small businesses to obtain credit against their movable assets.

Qasif Shahid (CEO and Co-founder, FINJA remarked), "We're fully committed to digitize the complete supply-chain ecosystem in the country. Our association with SECP will serve as a precursor to grow the country's most important segment."

FINJA, founded in 2016 by Qasif Shahid, Monis Rahman and Umer Munawar, is backed by leading global venture capital funds including Swedish - Vostok Emerging Finance, BeeNext, a Japanese VC firm, Quona Capital from the United States of America, Ukraine based ICU along with Descon.